July 17, 2016
Mobbing is a type of bullying that occurs in schools,  workplaces, churches, communities, even in healthcare organizations. Mobbing typically starts with one individual, a leader of sorts, who then solicits secondary individuals to assist in the emotional abuse of a target. Thus, mobbing becomes bullying of one person by many individuals. As indicated in a 2009 article by M. Duffy in Consulting Psychology Journal: Practice and Research, bullying affects the health of an individual. Mobbing against an individual further creates a loss in multiple ways for a healthcare organization. 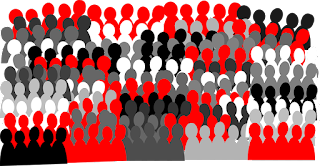 Although the nursing profession is often identified as an area where mobbing and workplace bullying occurs, mobbing may occur in any area of a healthcare organization, even among leaders. The Workplace Bullying Institute indicates that often high performers are the target of workplace bullies, or mobbing. The targeted individual is often perceived as a threat in some way to the bully or mob. The "threat" is typically that the target has greater skills than the bully or mob.

The mobbing as a result poses a health threat to the target. Adult targets of workplace mobbing and bullying often experience similar symptoms as those experienced by child targets of bullying. According to stopbullying.gov, children suffer psychosomatic and mental health ailments, and decreased achievement. Mobbing is, after all, an attack on someone's psyche.

A 2007 article in Academic Physician Scientist addressed how to survive workplace mobbing. Although some good points are  made, there are other steps that may assist someone in stopping and preventing workplace mobbing.

1. Recognize It's About the Bully - Although mobbing is a personal attack against a target, it is typically not about the target. It is about the mobbing individuals and their own issues.

2. Use Positive Self Talk - One of the key goals of mobbing is to get an individual to feel bad about himself/herself. This may be done by telling the target "You have done a lot of things wrong" or that the person somehow deserves this behavior. No one deserves it. Positive self talk will remind a target of traits he/she possesses that can combat mobbing.

3. Stay True to Self - One of the points of mobbing is to try to take positive qualities about an individual and destroy those qualities. For example, someone who has a personal policy to respond to email and other requests with 48 hours may be told, "You don't need to hurry up and respond to that person." If someone walks on breaks, the mob may say, "Stop walking on your breaks." The target also may be repeatedly told negative things about himself/herself or others until he/she believes or agrees with the statement.

4. Recognize Gaslighting - Gaslighting is a form of psychological abuse that essentially tries to change a person's perception of self. The term was coined from the movie "The Gaslight" starring Ingrid Bergman. In gaslighting, the mob or abuser attempts to convince an individual that what he/she believes to be true about their own life is not true. Perhaps, they will tell someone who holds a master's degree, "You do not have a master's degree" or maybe it will be simple things like telling someone that they don't know how to do a task when they do. The mob wants the target to become confused. Then, it allows the mob to better say that there is something wrong with the target, most notably that they are "crazy".

5. Use Logic and Reasoning - Since mobbing is an attack against a person's psyche and a form of emotional abuse, targets often react in an emotional manner.  That is what mobs want them do. Again, this gives the mob power over the target. However, if an individual applies logic and reasoning to a situation, then the mob starts to lose power over them. Using the example above of not walking on breaks, a target should ask himself/herself why walking on breaks is bad. In fact, it is not. Multiple studies have shown that taking a break and walking at work increases productivity.

6. Stand Firm - Mobbing is often committed with one primary intention, to get the "disliked" target to leave the healthcare organization. Staying in the organization and continuing to go on as usual is difficult.  However, leaving the organization ultimately hurts the target and encourages mobbing behavior. If mobbing works on one person, the mobbing group will continue to do it to others.